Warfares of Good & Evil is a compilation of nine pages of document comparing esoteric versus exoteric comparison of the major religions, including Islam/Ismailism, Christianity, Judaism, Hinduism, and Buddhism.

Published for The Jewish Virtual Library, a project of American-Israeli Cooperative Enterprise (AICE), the article Modern Jewish History: Great Rabbis of the Muslim Empire by Dr. Ezra Chwat is a proof of the existence of the Ismaili faith

“In 657, when Ali ibn Abu Talib — the fourth Caliph to rule after the death of Mohammed — extended the Muslim conquest into Iraq, he was greeted wholeheartedly by the Jews there, then the most important of the world’s Jewish communities. Ali saw the Jews of Iraq as a natural ally and granted them autonomy. This was the dawn of a new era of Jewish cultural creativity, one that lasted almost 600 years and was central in the development of Judaism.”

“The Lasting Contribution of the Jews of the Muslim Empire

For over 500 years, the Jews of the Muslim Empire enjoyed stability, prosperity and religious autonomy. As opposed to the oppressive atmosphere in Northern Europe, the Jews lived, for the most part, in a tolerant civilization, one that valued excellence in the arts, the sciences and trade. In these fields the Jews were welcome participants. Thus Judaism developed as part of society, not as a secluded ghetto-culture as was the case in Christian Europe. The cultural cross-pollination benefitted both sides. Because of the dialogue with Islam, the Jews became more aware of their philosophic and linguistic heritage. The new methods that developed in the vast Muslim Empire for the communication of knowledge and the codification of law were employed by the Rabbis in order to keep in contact with the ever-expanding Jewish Diaspora. Thus, they could preserve and sustain Talmudic Law, while creating new vistas of Jewish literature and thought which were instrumental in forming the structure of Judaism as it is today.”

“Holy Scripture for Ismailis” are the Farmans, or Decree, made by His Highness the Aga Khan IV, from 1957 – 2009 (the end of his Golden Jubilee). The decrees are the esoteric interpretation of Quran and Islam in general.

de·cree
/dəˈkrē/
1. an official order issued by a legal authority.

According to Aga Khan, the Quran is written in acronym AMPS (Allegory, Metaphor, Parable and Symbol) due to spiritual or esoteric interpretation of Islam and Ismailism. 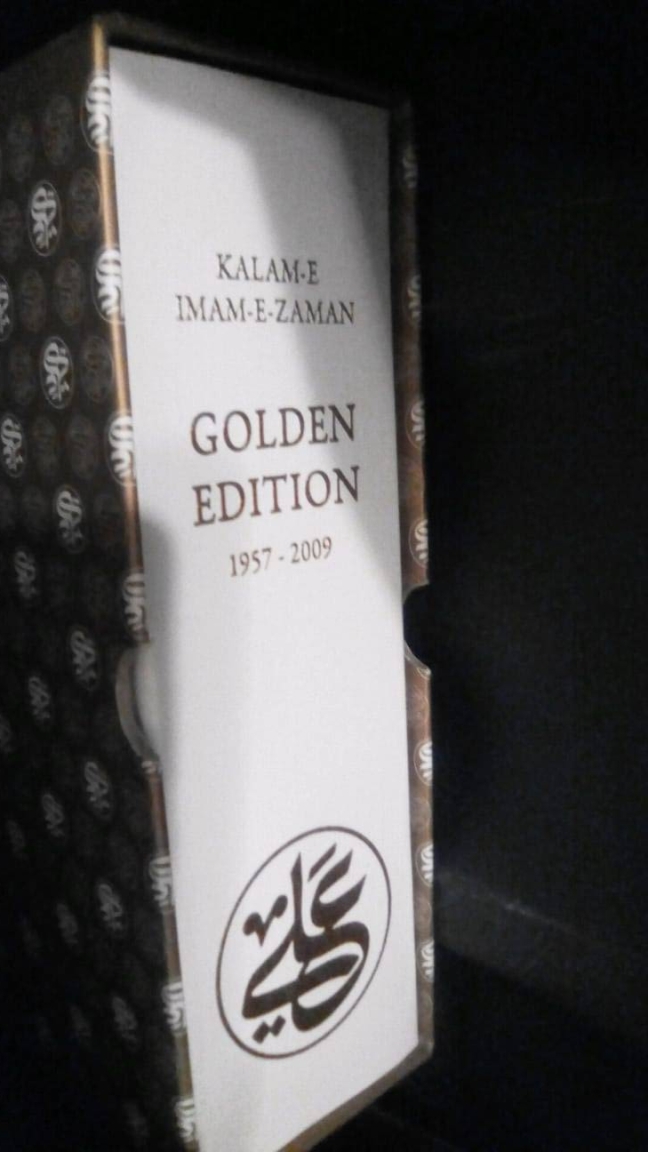 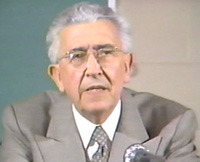 As a surgeon, Maurice Bucaille has often been in a situation where he was able to examine not only people’s bodies, but their souls. This is how he was struck by the existence of Muslim piety and by aspects of Islam which remain unknown to the vast majority of non-Muslims. In his search for explanations which are otherwise difficult to obtain, he learnt Arabic and studied the Qur’an. In it, he was surprised to find statements on natural phenomena whose meaning can only be understood through modern scientific knowledge. He then turned to the question of the authenticity of the writings that constitute the Holy Scriptures of the monotheistic religions. Finally, in the case of the Bible, he proceeded to a confrontation between these writings and scientific data. The results of his research into the Judeo-Christian Revelation and the Qur’an are set out in this book

His Highness the Aga Khan

We are excited to share information about the first documentary released in fifty years on Aga Khan, the spiritual leader and Imam of the Ismaili Muslims. More information on the film can be found at www.agakhanfilm.org/, where you can also support the filmmaker and rent or purchase a high-def version of the film. The trailer is below.

With the filmmakers’ permission, we are able to share a low-res version of the film below. And for a limited time, also with the filmmaker’s permission, if you contact us from our CONTACT page here at iadcinc.org, we can send you a link to a download of the actual hour-long, full resolution video FOR FREE!

AN ISLAMIC CONSCIENCE: the Aga Khan and the Ismailis (2 minute trailer)
(courtesy www.agakhanfilm.org)

An Islamic Conscience: the Aga Khan and the Ismailis

“For the past five decades the Aga Khan has been the spiritual leader and Imam of the Ismaili Muslims in a world that has changed dramatically. From the end of colonialism and the expulsion of the Asians in Uganda to the fall of the Iron Curtain and 9/11, the Aga Khan has struggled for a common humanity in a divided world.
And the divides are not just East and West but also within the Muslim World itself. The Ismaili Muslims have been persecuted in the past and their history has shaped them and their philosophy.
Who is the Aga Khan? Who are the Ismailis? And what do they have to say about our post 9/11 world? The Aga Khan vehemently says we are facing a clash of ignorance – not of civilizations or even of religions.
As the first documentary on the Aga Khan in almost fifty years and with a rare and exclusive interview with him, this is the film that needed to be made.”
Directed by: Bill Cran, Jane Chablani, Shamir Allibhai
Produced by: Shamir Allibhai

The Broghil Valley Chitral is an isolated and remote region of beauty and hardships, cut off from civilization as we know it. 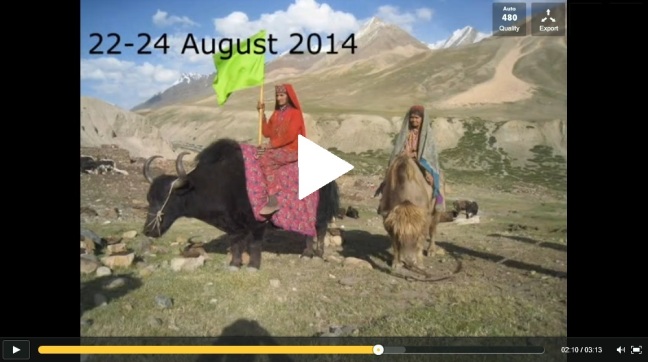 Why is the Taliban Publicly Executing Women?

A video and report by Yalda Hakim and SBS Dateline

Afghanistan is not only a country in perpetual turmoil, but also a geological miracle. Can they now harness 1,000 billion Euros worth of natural resources in order to lift the nation out of poverty?

The Aga Khan has emphasized the view of Islam as a thinking, spiritual faith: one that teaches compassion and tolerance and that upholds the dignity of man, Allah’s noblest creation. In the Shia tradition of Islam, it is the mandate of the Imam of the time to safeguard the individual’s right to personal intellectual search and to give practical expression to the ethical vision of society that the Islamic message inspires. 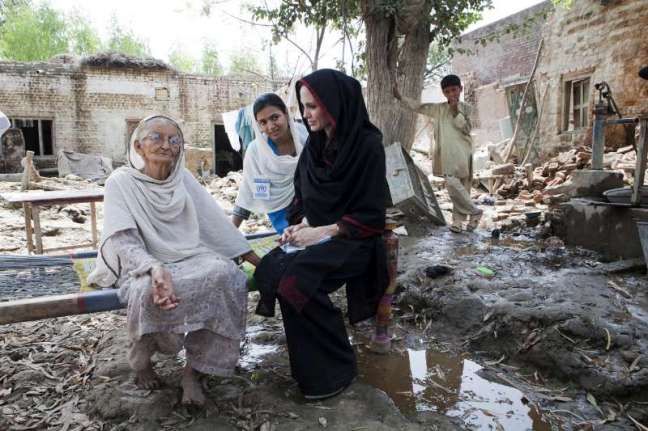 Similarly, United Nations High Commission for Refugees (UNHCR) Special Envoy Anjelina Jolie is an advocate for those in peril worldwide.

UNHCR benefits from the high profile support of its Goodwill Ambassadors like Angelina Jolie and Brad Pitt and other celebrities. Their messages and short films in support of key campaigns, events and emergency appeals, help give powerful voice to the refugee cause.

Her trips to Afghanistan, Pakistan and Tajikistan have been important in raising awareness on the issues facing this area of the world.

Read more about how Jolie advocates for those in peril worldwide.

Our mission is to raise awareness about the plight of Ismaili Muslims around the world who suffer silent inequities & challenges without a common voice in the public arena or recognized by the main-stream media.
CLICK HERE TO HELP